The cascading bouquets were originally referred to as shower bouquets. Also known as a teardrop bouquet or trail bouquet. These replaced the fashion of posies around the time of 1910. This style became exaggerated by 1920, with much larger bouquets, so large they almost concealed the bride. They reached their peak from 1920 - 1930's until WWII.

The Cascading bouquet, which is the most formal and most traditional of bouquets, is designed to spill gracefully over the bride's hands as it flows downward for a sophisticated and stylized look, almost any flower can be used in this style.

The bouquet is roundish at the top but pointy at the bottom. The traditional shower bouquet is known as the large multi-trail bouquet, subsequently renamed the princess in honour of the late Princess Diana and her impressive bridal bouquet. The modern smaller version is called the teardrop bouquet or trail bouquet.
Read More 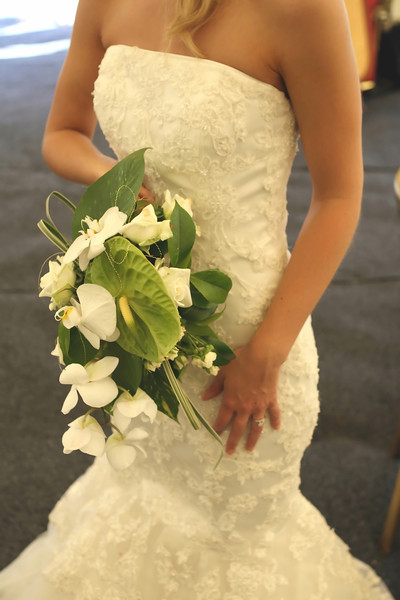